During a visit by MdB Kordula Schulz-Asche to the medical product manufacturer Kerber & Lampe GmbH in Kelkheim, the member of the ?Bünd90/Die Grünen? get a picture of the mask production on site and record the concerns and needs of the managing director of Kerber & Lampe GmbH, Guido Kerber.

Ms Kordula Schulz-Asche was accompanied by Kelkheim Mayor Albrecht Kündiger, Mr Hoffmann, Wolf-Dieter Hasler (City Council) and Gianina Zimmermann and Marcus Schmitt (both on the board of the Green OV Kelkheim).

The situation of Kerber & Lampe GmbH and the other members of the Mask Association Germany is precarious. ?We wish/demand a rethinking of the federal government, the federal states, municipalities and the health care (eg hospitals) and the ?French way? in the supply of masks. Price must not be the decisive criterion when awarding contracts.? says Guido Kerber.

So far, Kerber & Lampe GmbH has never received a public contract. Neither by federal, state or local authorities, nor by hospitals. Only an order to the KZV Hessen (without tender). Since the start of production in June 2020, less than 3 million medical surgical masks and makeshift masks have been produced and sold to private individuals and companies.

Of the 4 full-time employees in production, the employment contracts were maintained for 2 employees, 2 have already been terminated.

?We stand for the highest quality, 100% Made in Germany, the nonwovens and protective filters also come from German production, odorless masks, a CO2 that is almost 0? Footprint? says Kerber.

Kerber & Lampe GmbH, as an innovation driver in the field of medical masks, is using the current threatening situation to set itself apart from Asian products. So were with the main ? Nonwovens suppliers of VOCK BS GmbH & Co. KG from Kaltenkirchen have developed two new nonwovens that are a novelty both in the field of medical masks (surgical masks) and in the field of personal protective equipment, the FFP2 masks. The tri-complex non-woven fabric is installed on the face side of the mask. Aloe vera, Q10 and almond lipids reduce skin irritation and have been proven to increase wearing comfort.

The new virucidal VIRU-fil nonwoven is certainly a revolution. The purely biological active ingredient, which is installed as a front fleece on a mask, is based on an active ingredient that also occurs in human cells and, compared to other substances such as silver ions or copper ions, is not carcinogenic and harmless to the body. Viru-fil works directly ? without exposure time? and, to put it simply, destroys the outer virus envelope. This means that it can no longer infect humans.

the Kela? Masks are also available through the webshop www.kela-schutzmasken.de/shop to obtain.

Humanitarian aid is also never neglected at Kerber & Lampe. For example, over 150,000 masks were donated for the flood victims in the Ahr Valley last year together with the Mask Association Germany.

And for the Ukraine war and those suffering there, Kerber is already promising that more than 50,000 Ukraine ? Surgical masks in Ukraine ? flag motif will produce. The nonwovens supplier VOCK will use the Ukraine ?flags? - Deliver fleece and the Kelkheimer will take over the production of the masks. Either every euro of the sales proceeds will be donated or the masks will be made available to aid organizations free of charge. "We are already in contact with the University of Frankfurt here," reveals Kerber. But other aid organizations can also get in touch with kela.

The Kelkheim politicians want to discuss the mask issue at the next municipal meeting. Ms. Kordula Schulz-Asche takes the information and concerns from Kelkheim to Berlin. But she also emphasized quality standards, human rights and the environmental impact of imports from Asia as important criteria.

The German manufacturers of protective masks could take over the complete supply of Germany with local masks within a week. The approximately 75 members of the mask association could produce 4.12 billion masks per year. As some other party spokespersons are already calling for, Germany should break its dependency on Chinese manufacturers with their insecure supply chains. To this end, public procurement law should be changed to allow preference for German suppliers in tenders, but at least so that they are not disadvantaged.
In tenders, for example, German companies are literally "boxed out" by requiring that German companies pay the minimum wage, while foreign companies are exempt from this.

The way out of dependency:

"Procurement law already offers all the options for specifically commissioning German companies," says Guido Kerber, representing all German mask manufacturers. The Mask Association Germany is also proposing the "French way" for Germany. in front. In December 2021, the Paris Ministry of Health obliged all subordinate authorities and departments to only give 25 percent of the prize when it was awarded, while supply chains, environmental and social aspects and quality account for 75 percent. As a result, Asian suppliers fall through the cracks. "We consider a similar approach to be possible and urgently needed in Germany," said Kerber.

Since a circular order based on the French model is not possible in Germany due to its federal system, Kerber and the mask association are calling on the federal and state governments to instruct their awarding authorities to lower the price as the sole award criterion. Municipalities, the healthcare industry and private buyers should be asked to do the same. This procedure is EU-compliant and is practiced in France.

What would be possible

There are currently 75 entrepreneurs organized in the German Masks Association who produce exclusively in Germany and only use preliminary products from Germany or Europe. They have a capacity of 4.12 billion masks per year, but are currently only being used at 20 percent. The entrepreneurs had supplemented a 90 million federal government grant from 2019 with investments of 210 million euros and thus created production capacities for masks and meltblown fleece in Germany.

However, since public institutions (ministries, authorities, municipalities, large buyers from the private sector) almost exclusively order cheaply from China, the industry is lying idle, and more than 4000 newly created jobs in Germany are in danger? and again German independence from Asia. 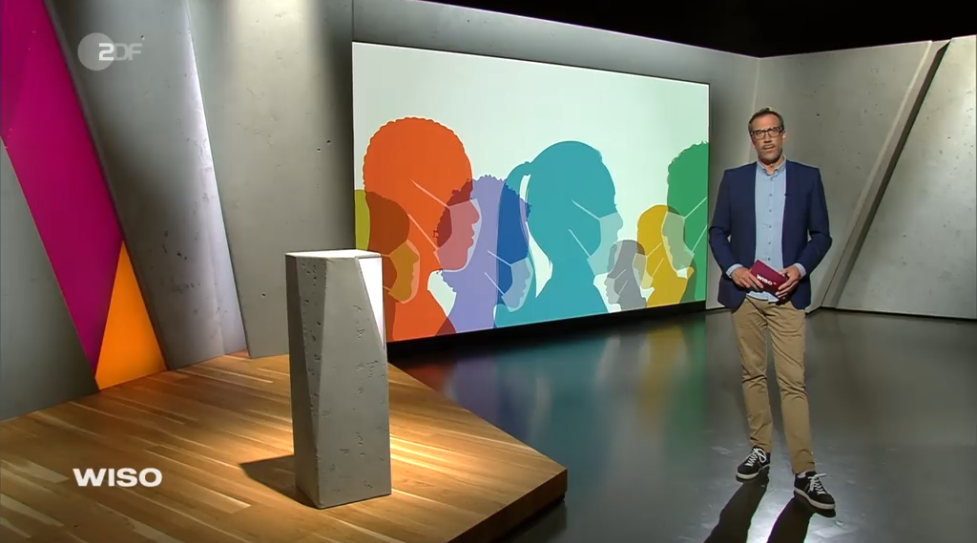 If you are under 16 and wish to give consent to optional services, you must ask your legal guardians for permission. We use cookies and other technologies on our website. Some of them are essential, while others help us to improve this website and your experience. Personal data may be processed (e.g. IP addresses), for example for personalized ads and content or ad and content measurement. You can find more information about the use of your data in our privacy policy. Here you will find an overview of all cookies used. You can give your consent to entire categories or have further information displayed and thus only select certain cookies.

Accept all Save on computer Reject